Are there LGBTQ world market leaders

Companies are increasingly relying on the diversity concept 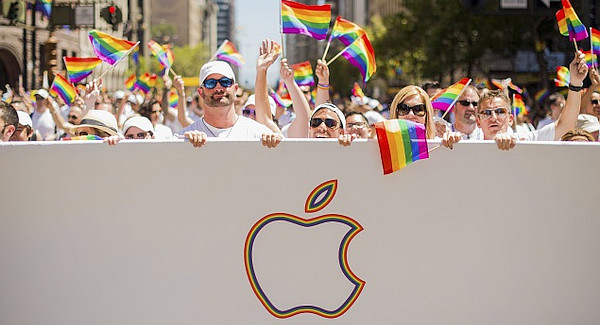 Not only in the USA, but also in Europe there are more and more companies that rely on the diversity of their employees.

The LGBT community is being welcomed more and more openly around the world, tolerance and openness are now important aspects of the western world. Many companies are therefore increasingly relying on the diversity concept.

It's about everyone standing by their true self and being able to develop freely and individually. Employees who are employed in companies that follow the diversity concept are generally considered to be happier and work more effectively because they do not have to pretend. In addition, studies have shown that LGBT people tend to be more gay-friendly when buying products or using services, even if this means higher costs.

The USA is a global pioneer

Many lesbians and gays are looking for new professional challenges abroad and apply particularly to tolerant companies. Cities around the world that are particularly open to people of all sexual orientation are the US San Francisco as well as the cosmopolitan city of Sydney and the European cities of Brighton, Amsterdam and Berlin.

From a business perspective, you get the greatest support in California's Silicon Valley and in Berlin's startup scene. Seattle, New York City, Chicago, Rio de Janeiro, Puerto Vallerta, Monteria, Melbourne, Tel Aviv, Paris, London and Copenhagen are among the most open-minded cities in the world.

But how can you assume that a company is liberal? Research in social networks, on the company website and other sources of information helps enormously to read out the company's attitude towards LGBT. Larger companies in particular declare diversity in their corporate philosophy.

One of the most important IT and high-tech industrial locations, Silicon Valley, has earned a good reputation. Due to the proximity to the tolerant San Francisco, many companies have settled there that represent a cosmopolitan view.

The big tech company Apple presents itself with its homosexual CEO Tim Cook as a supporter of the gay movement. He was one of the first top managers to publicly acknowledge their homosexuality. He also led 8,000 Apple employees in San Francisco's Gay Pride Parade in June 2015, a week after the US Supreme Court ruled that same-sex marriage was legal in all states.

Employees at the Google search engine did the same. In addition, every year in the Pride season, the typical search line turns into a rainbow if you enter an LGBt-related term.

Europe is catching up more and more

Next to the USA, Europe is considered the most tolerant continent. In 2001, the Netherlands was not only the first country in the world to open marriage, many companies also focus on diversity and are involved in the annual Canal Pride in Amsterdam. The Dutch company Travelbird participated this year with its own boat for its employees. Under the motto "Be free as a bird", this was decorated in the style of a bird to match the company title.

The globally operating automobile and motorcycle manufacturer BMW is one of the larger companies in Europe that are tolerant. He has set up a network for gay and lesbian employees since 2013. Hugo Boss, one of the world market leaders in the premium and luxury segment of the clothing industry, campaigns for the basic rights of its employees.

Together with London, Berlin is still at the forefront of the startup scene.
The German capital is now just as exemplary in dealing with the issue of tolerance as Amsterdam. The queer career fair "Sticks & Stones" has been taking place in the German capital for several years, attracting more and more exhibitors and visitors. All companies that take part in the fair are generally recommended as employers.

The game software company Wooga stands out in particular. With almost 250 employees and more than 40 different nationalities, it tries to create an open, creative and inspiring working atmosphere in order to reach every possible target group for your mobile games.

There are also annual rankings by independent institutes. In January, the "Pride 175" project awarded 24 German companies a diversity seal (queer.de reported). At the international level, the American technology company IBM was once again named the best employer for LGBT by the "Workplace Pride Foundation" (queer.de reported). (cw)