Are the ex-Muslims safe from Muslims

On February 28, 2007, the "Central Council of Ex-Muslims" was presented with its campaign "We have sworn off" in the house of the Federal Press Conference in Berlin. A few weeks later the "Council of Ex-Muslims" was founded in Great Britain. It was the beginning of an international movement that has changed the world and will continue to change it. To celebrate the 10th anniversary of the ex-Muslims, a ceremony with many international guests will take place in Cologne on November 17th.

Ten years ago the word "ex-Muslim" was still largely unknown. Authors like Ibn Warraq, who had explicitly renounced Islam, were referred to in the media as "Muslim intellectuals". This changed with the establishment of the "Central Council of Ex-Muslims": If you enter the search term "Ex-Muslim" on Google today, you will come across more than 3 million hits. And the English version of Wikipedia lists 16 organizations that have emerged worldwide along the lines of the German Central Council of Ex-Muslims (ZdE).

In order to celebrate the success story of the ex-Muslims and their courageous commitment to the validity of human rights, the Giordano Bruno Foundation, which was instrumental in the development of the ex-Muslim movement, invites you to a ceremony together with the ZdE Germany Cologne a. Next Mina Ahadi, the chairman of the "Central Council of Ex-Muslims", and Maryam Namazie, 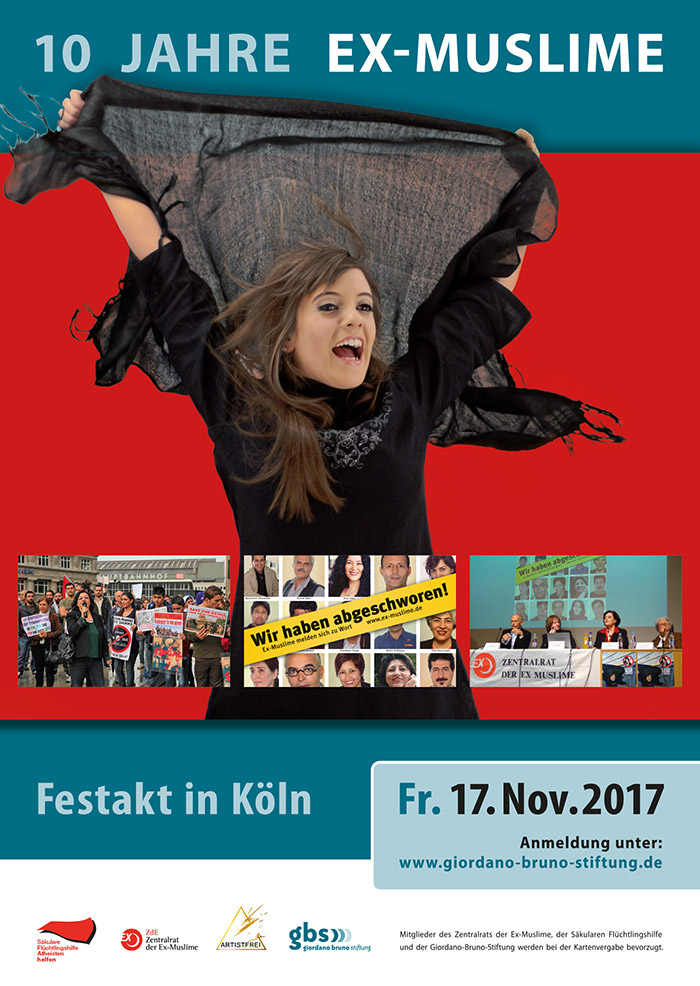 of the chairman of the "Council of Ex-Muslims" in Great Britain, many exciting guests will take part in the festival program, including the Iranian musician, singer and poet Shahin Najafi, on which a bounty of 100,000 euros was placed in Iran and about which a multi-award-winning documentary film will be shown in German cinemas in October ("Wenn Gott schlaf"); the secular blogger Ahmed Nadir and Kamran Ghaneiwho were threatened with death for their work for freedom of expression in Bangladesh and Morocco; the ex-Muslim Rana Ahmadwhose flight from Saudi Arabia via Turkey to Germany moved hundreds of thousands and whose autobiography will appear in January 2018 on "Random House"; as well as the two humanistic book authors Philipp Möller ("I'm going to the schoolyard", "I'm a freak, oda what?", "Godlessly happy") and Michael Schmidt-Salomon ("No power to stupid", "Hope man", "The limits of tolerance"). In addition, prominent guests of honor are expected for the ceremony, whose names are not to be revealed at this point. 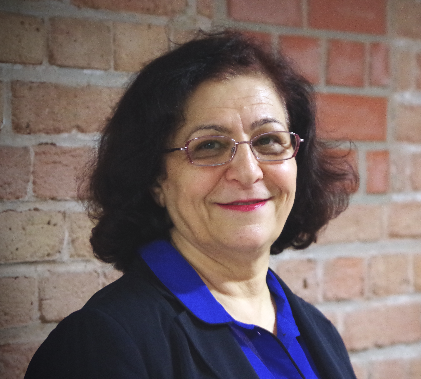 national of nationalists ‘here in the West, against all the Trumps, Putins, Orbans and Kaczyńskis of this world, whose political power is based not least on the fear of 'the Muslims'." ZdE chairwoman Mina Ahadi who has been passionately committed to both Islamism and xenophobia for years, promises "an extraordinary evening with lots of interesting discussions, exciting films and great music" for the ceremony on November 17th: "We have put together a program that will probably do so quickly nobody will be forgotten. "

Cooperation partner of the event on November 17th The organization "Artistfrei", supported by Shahin Najafi, and the newly founded association "Secular Refugee Aid - Atheists Help", which will present itself to the public for the first time, are in Cologne. The fact that the exact location of the event is not announced in advance "is part of the security concept," explains Michael Schmidt-Salomon: "Everyone who is admitted to the ceremony will receive information about the event location by post. The guests do not have to worry about their security Think about it, especially since we will have professional security personnel on site and, thanks to comparable events, such as the award ceremony for Raif Badawi and Ensaf Haidar last year, we have some experience in this area. "

The ceremony in Cologne will begin at 7 p.m. with a champagne reception and snack, the festival program will start at around 8 p.m. Admission to the event is free, but registration is mandatory. Members of the Central Council of Ex-Muslims, the Giordano Bruno Foundation, the Secular Refugee Aid and media representatives are given preferential treatment during registration, otherwise the order of registration applies. Due to the limited number of seats, the organizers ask for your understanding that not all interested parties may be admitted to the ceremony. Those who register for the event "10 Years of Ex-Muslims" will be informed by October 25th at the latest whether they can take part in the anniversary celebration in Cologne or not.

The event is already fully booked, registration for the ceremony is no longer possible.
<?