What is a realistic Asperger movie character

Autism in Movies and Television: The New Nerdy Way

TV series have discovered autistic characters for themselves. For people on the autism spectrum, this is an ambivalent trend. 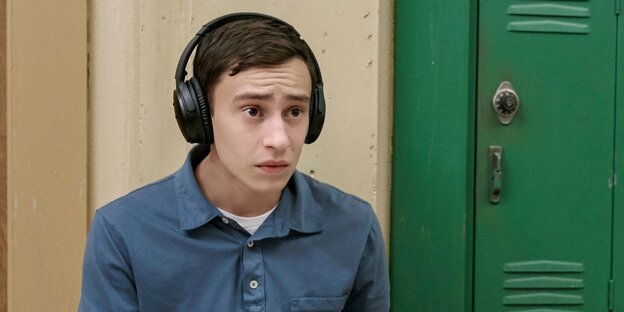 Recently, scriptwriters have become increasingly concerned with variants of autism. For a long time, the main character from the 1988 film "Rain Man" was the only widely known autistic character in film and television. The four-time Oscar-winning film still appears today in numerous articles that attempt to explain autism in a generally understandable manner. In recent productions, however, a number of examples suddenly appear, such as Sheldon Cooper from “The Big Bang Theory” or “Sherlock” from the series of the same name.

Autism is still unknown to most viewers even 24 years after the diagnosis of Asperger's Syndrome was introduced. And so popular TV series in particular shape knowledge about autism.

Generally speaking, autism is a so-called profound developmental disorder. It is innate and is characterized by problems in the social area, in communication, repetitive behavior and a changed processing of stimuli.

A distinction is often still made between early childhood, atypical and Asperger's autism, but this distinction is now out of date due to the fluid transitions between the diagnoses. In the USA, “Autism Spectrum Disorder” is now used as a collective term for a large number of symptoms and forms.

"Autistic" does not mean "genius"

Getting such a complex disability across in a believable and realistic manner is a challenge. Not a single series character can ever represent the full spectrum. At the same time, however, it also means that the possibilities of character design are extremely diverse.

However, the authors seem to want to exaggerate certain characteristics in their characters again and again. For example the problem with pictorial proverbs. So far, every autistic figure also seems to have to compensate for their handicap with a special talent.

On ZDF, “Ella Schön” from the series of the same name shows enormous expertise in the legal field. In "The Good Doctor" the autistic main character Dr. Murphy shine as an island genius in medicine. The autistic protagonist from "Atypical", Sam Gardner, can be an excellent student.

They are all in a tradition on this point „Rain Man“. Based on the Savant Kim Peek, this character exhibited island talent - which in itself is not a trait of autism. The authors of "Rain Man" thus invented a cliché: Autistic people as people with outstanding talent. In addition, autistic characters often have no feelings at all, which is also a prejudice - a very malicious one that has long since been refuted.

Compulsive orderly behavior can also be observed in many fictional depictions of autistic people, although this is not a symptom of autism. The problem with proverbs, on the other hand, is by no means uncommon for autistic children - but is often referred to in pop culture as a complete misunderstanding, even with adult autistic characters.

What is difficult is that not all television characters are clearly identified as autistic. Others only represent aspects - or prejudices - of autism and are therefore recognized as such by many viewers, although a diagnosis is never an issue. This includes Sheldon Cooper from "The Big Bang Theory". The makers of the popular sitcom have neither confirmed nor denied this. What is certain is that Sheldon Cooper has character traits that correspond to autism - albeit also heavily exaggerated.

Often it is enough just to be a socially awkward "nerd" to be considered autistic. Regardless of whether the diagnosis is actually correct or not. Adrian Monk and Dr. House is sometimes referred to as autistic on social media and also in articles by viewers, although it hardly applies to both characters. Another example is Saga Noren from "The Bridge".

For autistic viewers, the increased media presence is ambivalent. On the one hand, there is more visibility. On the other hand, the way autism is portrayed in the media fosters prejudice and this can have real consequences for autistic people. Even 30 years after “Rain Man”, many viewers cannot clearly distinguish between fiction and reality. What is autism, what is island talent? Do you have to be a genius to level out social difficulties?

The ZDF and the production company of the new series "Ella Schön" were made aware of the clichéd portrayal of the main character. However, the broadcaster wiped the criticism away by pointing out that it was all just fiction and no documentation, which is why inaccuracies in the presentation have to be accepted. Those who want to find out more about autism can do so from more suitable sources. A strange idea of ​​how people consume media. Many see fiction, if not as reality, then at least as a reference for reality.

And yet, not all of the portrayal of autism is negative. Gradual progress is definitely noticeable. In “Ella Schön” and “Atypical” the long ignored altered stimulus processing in autism is taken into account. The typical moments of overstimulation, called “overloads”, are no longer portrayed as unfounded inability to act or rocking with screams, but correctly as a reaction to being overwhelmed. In several scenes, “Atypical” in particular manages to convey the burden of an autistic person by depicting an environment overflowing with stimuli.

More and more characters emerge in which many autistic people actually find themselves. Nevertheless, it would be desirable if the scriptwriters would say goodbye to clichés that have been chewed through for years and dare something new and unusual.

An autistic person whose apartment is chaotic instead of disorder. An autistic person who is in an equal relationship. Most importantly, it should become common practice to involve autistic people in developing stories about them as well. Because they are most likely to notice when the line between fact and prejudice is crossed.