What's the point of LHC

The European Organization for Nuclear Research 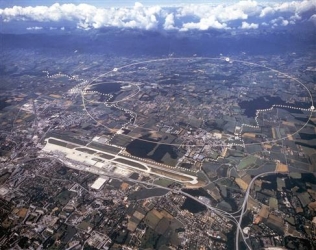 Aerial view of CERN. The circle marks the underground course of the LHC. Photo: CERN

CERN, the European Organization for Nuclear Research (Conseil Européen pour la Recherche Nucléaire), is one of the largest and most renowned centers for basic physical research in the world. This is where researchers look for the fundamental laws of the universe. At CERN, the world's largest and most complex devices are used to research the smallest components of matter: the elementary particles.

The devices that CERN uses for this purpose are particle accelerators and detectors. The accelerators bring the particles to high energies before they hit each other. The detectors observe and record the results of these collisions. By studying the collisions of elementary particles, scientists gain knowledge about the laws of nature. 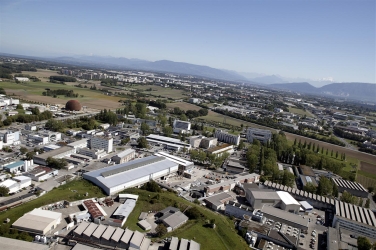 The research center CERN was founded in 1954 and is located on the border between France and Switzerland near Geneva. CERN was one of the first joint European projects and today has 23 member states.

The Federal Ministry of Education and Research BMBF takes on around 20 percent of the CERN budget of around 1 billion euros annually. This makes Germany the largest contributor. The BMBF also provides 15 million euros annually for projects at universities and research institutions in Germany that participate in the work at CERN and use the research facilities.