When was Mickey Mouse created 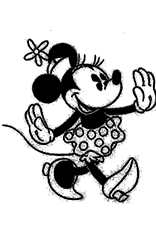 The world's most famous comic book character made his first appearance 90 years ago: Mickey Mouse. Although the premiere of the film “Steamboat Willie” on November 18, 1928 is often assumed to be the mouse's date of birth, it actually made its first appearance on May 15 of the same year in the short film “Plane Crazy”.

In it, the mouse emulates the pilot Charles Lindbergh, who at the time was the first to fly across the Atlantic. Even then at Mickey's side: friend Minnie Mouse. However, this wonderfully chaotic little strip was only shown once as a silent film during a test screening and was initially not distributed. Only after the success of “Steamboat Willie” did “Plane Crazy” come back to the cinemas a year later with a soundtrack, this time with success. 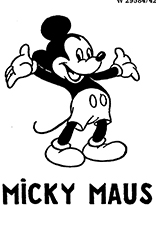 Success - this is, so to speak, the zodiac sign under which the anthropomorphic mouse was born. Today it is the trademark of one of the world's largest entertainment groups with an annual turnover of around 47 billion euros. But no one could foresee this success story in 1928.

The mouse was once a rabbit 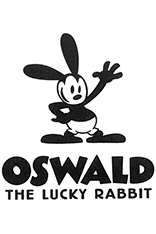 The mouse started her career very modestly, as a substitute, as it were. Until then, Walt Disney's first "star" was a character called "Oswald the lucky rabbit", a rabbit that Micky looked very much like. However, Disney had lost the rights to this character after a dispute over production costs to its partner Universal Pictures. Together with his colleague Ub Iwerks, Disney then developed the first Mickey Mouse cartoons, while Universal brought other Oswald films onto the market.

In the beginning there was the mouse 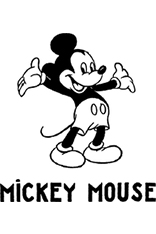 Originally the mouse was supposed to be called "Mortimer", but Disney's wife allegedly found this name too conservative; she is said to have suggested "Mickey". Walt Disney not only gave Mickey his voice in the first sound films, he also invested his then still modest fortune in full in the career of his mouse.

The enormous success that quickly came about proved him right. Not only did he show a lucky hand artistically, but also demonstrated his entrepreneurial qualities by protecting his creations with industrial property rights and then being one of the first to do large-scale merchandising. The first licensed product that adorned the mouse appeared as early as 1930. And his group continues to pursue this profitable strategy to the highest degree to this day. 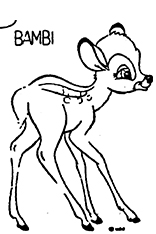 If you search for trademarks of the applicant “Disney” in the DPMA database DPMAregister, the error message “hit list too long” appears! In fact, 1130 Disney trademarks are currently registered with the DPMA. After Mickey Mouse, Disney developed an abundance of popular cartoon characters, all of which he secured with all industrial property rights. Of course, one also kept an eye on the international markets and secured the respective national names of the characters such as "Mickey Mouse" or, for example, "Dippy" or "Bucefalo" for Goofy as a brand. 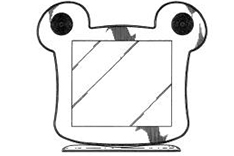 In addition, Disney secured its most popular characters as word and image brands, such as Bambi or the silhouette of Mary Poppins. And the mouse again and again: Disney is registering designs for televisions and computer screens with mouse ears (000287578_0003_1) or - particularly sensible - for a Mickey-style computer mouse. 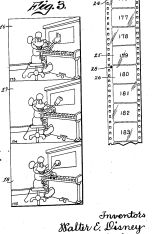 Disney was not only a pioneer in merchandising, his company also made significant advances in film technology, especially in its early years. Numerous patent applications (e.g. "

Method for synchronizing photoplays, 1931 "or"

Art of Animation ”(1936).
The technical perfection is to this day a trademark of the films of the multimedia group, which continues to apply for new patents (such as "

Physical face cloning (1.55 MB) "(2015). Also through the takeover of creative competitors like Pixar and their patents (e.g. " 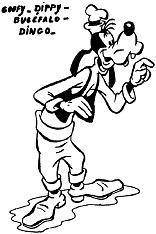 Mickey Mouse changed quickly after the first films not only visually (she left her predecessor Oswald clearly behind), but also in character. While in the early films the mouse was still a cheeky, daring guy with sometimes boorish behavior, it has now become more well-behaved, smoother and almost staid. The “wild” character traits were taken over by their in-house competitor Donald Duck, whose popularity soon overtook the mouse despite - or perhaps because of - its unpolishedness. 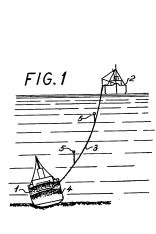 Although Micky Mouse tried to change its image over the years, in the countless comic books that have appeared since the 1940s and that have become their main medium, compared to the very "human" Donald, she often appeared colorless and boring. Nonetheless, after 90 years, their fame is downright universal.

How Donald Tipped a Patent, or: Patent Examiners Should Read Mickey Mouse 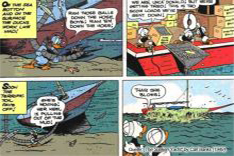 Recovering a ship with ping-pong balls: The brilliant idea of ​​the Disney cartoonist Carl Barks in a comic from 1949

Incidentally, this fame led to a much-cited example of patent law: In 1964, a Danish inventor applied for a patent in his home country for a method of lifting sunken ships, in which foam balls were pumped into the wrecks to give them buoyancy. The patent was also granted by the DPMA (

But the patent office of the Netherlands refused to grant it: In a comic strip by the ingenious illustrator Carl Barks, published in 1949, Donald Duck used a very similar procedure to lift a sunken yacht with the help of table tennis balls. In view of the large circulation of the comics, the Dutch colleagues no longer saw the novelty of the invention as a given.