British Hollywood star Hugh Grant will play a gay politician accused of setting a killer on his lover in the three-part, true-story miniseries "A Very English Scandal". The role of the lover is taken on by the openly gay actor Ben Whishaw, who can be seen on Netflix in the thriller series "London Spy" and as Arms Master Q in the James Bond films. The BBC released the first trailer for "A Very English Scandal" this week.

The film is about the so-called Thorpe Affair in the 1970s, which ended the political career of top politician Jeremy Thorpe (Grant). The politician had taken over the party leadership of the Liberals in 1967. What the public did not know at the time: The married politician led a double life; he publicly pretended to be a loyal husband, but secretly shared his homosexuality with the stable boy Norman Scott (Whishaw), who was eleven years his junior - at a time when homosexuality was still illegal in England.

By the 1970s, Scott felt badly treated by Thorpe and more and more details about the affair came out. Finally, in 1976, Scott was threatened with a gun by a man who then shot his dog - according to Scott, the man wanted to kill him too, but his gun jammed. As a result of this crime, more and more details about the affair came to light, as a result of which Thorpe was finally forced to resign in England, which is still extremely homophobic despite the legalization of gay sex in the 1970s. There were also rumors that the politician had hired the killer. In 1979 he was even charged with incitement to murder, but acquitted by a jury. Thorpe never spoke publicly about his sexual orientation until his death in 2014.

The now 78-year-old real Norman Scott was not amused by the filming of the events - and in an interview with the tabloid "Mail on Sunday" criticized in particular the portrayal of himself as a "poor, squeamish, little homosexual". He was also outraged that "A Very English Scandal" allowed too much comedy. "The series has already been shown to a few select critics and the producers were very satisfied because there was supposed to be constant laughter. But my story is not a comedy - it's about the complete annihilation of myself."

Russell T. Davies adapted the script for the miniseries from a book. Davies is the creator, producer and author of the British cult series "Queer as Folk" and was later responsible for other successful British productions such as the new edition of "Doctor Who" and "Torchwood". A few years ago he also created the "Queer as Folk" follow-up series "Cucumber" and "Banana" (queer.de reported). 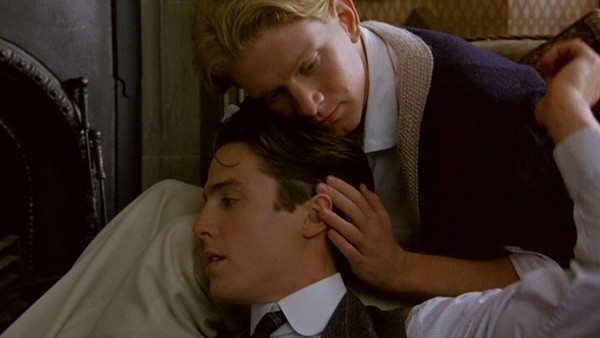 Hugh Grant played a gay man in homophobic England in the early 20th century in the gay film classic "Maurice" from 1987 (here with James Wilby, who is his lover). In addition, Grant hatched in the 1992 TV movie "Don't Leave Me Alone, Mother!" in the role of a gay man whose boyfriend dies of AIDS - his mother was played by Julie Andrews (Image: Merchant Ivory Productions)

The direction was taken over by the 76-year-old Stephen Frears, who has enjoyed success with films such as "Grifters", "High Fidelity" and, most recently, "Florence Foster Jenkins" for decades. He was also the director of the 1985 gay love movie "My Wonderful Laundromat".

"A Very English Scandal" is slated to appear on the BBC's first program later this year. It is not yet clear whether and when the series will be shown in Germany. (dk) 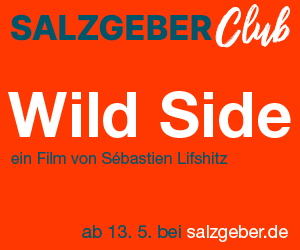