Why is National Socialism so hated?

How the persecution of the Jews began

On Saturday, April 1, 1933, threatening scenes took place across Germany. Men in the brown uniforms of the National Socialist Sturmabteilung, SA, posted themselves in front of Jewish shops, law firms and medical practices. The SA men threatened potential customers with violence. The messages on the signs they brought with them were also clear: "Germans! Defend yourself! Do not buy from Jews!" In addition, SA men roamed the streets shouting their hateful slogans. The action was by no means just a macabre April Fool's joke. On this day the National Socialists began their "Jewish boycott", which initiated the ruthless persecution of the Jewish Germans.

The "solution to the Jewish question"

As early as the 1920s, Adolf Hitler had fanatically demanded a "solution" to the supposed "Jewish question". Now he was in a position to give free rein to his followers' hatred of the Jews. Because Hitler ruled Germany since March 1933 with dictatorial powers. The fundamental rights of the Weimar Constitution were suspended, and since the passage of the so-called "Enabling Act" the government has been able to pass laws without any control. At first the National Socialists had used their power to ruthlessly persecute their political enemies, now they turned against the Jews. In them they saw the enemies of the "Aryan" race that had to be fought. 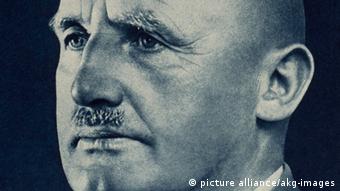 The regime announced the boycott in the newspapers. The party soldiers of the SA and SS were literally incited to the actions. The "Central Committee for the Defense against the Jewish Atrocities and Boycotts" was set up to coordinate it, headed by Julius Streicher, a fanatical Jew-hater. In addition, arbitrary brutality occurred in many places. In Annaberg, Saxony, for example, SS people mistreated people who came from Jewish businesses. They pressed a stamp on their faces that read: "We traitors bought from Jews."

Boycott on the Sabbath

In other areas, SA men smashed business facilities and offices. Fortunately for the victims of the anti-Semitic outbreaks, the boycott began on a Saturday, the Jewish Sabbath. Many Jewish shops were therefore closed. Thanks to the newspaper reports, many Jews also had a premonition of what might be in store for them.

The boycotted Jews reacted in shock and incomprehension. A Jew from Hamburg was stunned: "I was very German, I couldn't understand all of that". A Jewish merchant in Berlin even hung a poster in his shop window on which he referred to his services as a soldier in the First World War: "I gave my life for Germany for four years." For most Jews, April 1, 1933 marked the beginning of the end of the illusion that they would be accepted as Germans with equal rights. Most of them clung to the hope that the government would overthrow Hitler, or at least it wouldn't get any worse.

Not a complete success

Even the non-Jewish Germans mostly reacted differently than the National Socialists had hoped. The population hardly took part in the protests. A contemporary expressed the general opinion: "I think the whole thing is nonsense, but I don't care." Indifference was the motto of most Germans. In some places, however, the population showed solidarity with the boycotted Jews. In Hanover there were supposed to have been fisticuffs between willing buyers and SA people when the latter prevented them from entering a Jewish shop. 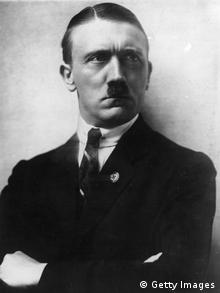 Towards the evening of April 1, the party leadership suspended the boycott. One was frustrated by the lack of enthusiasm among the Germans. In addition, the number of voices that predicted serious consequences for the German economy if the boycott was continued in this form increased. Nevertheless, with the boycott, the Nazis succeeded in further marginalizing the Jews: the majority of the German population tended to stick to "German" business in the future.

Only seven days after the "Jewish boycott", the National Socialists took the next step towards the exclusion of Jews. The "Law for the Restoration of the Professional Civil Service" of April 7, 1933 contained an anti-Jewish paragraph with serious consequences. "Civil servants who are not of Aryan descent are to be retired," read the discriminatory section. With this law, the National Socialists drew a clear line between the "Aryan" Germans and the supposedly "inferior Jews". Those who had a Jewish parent or grandparent in their parentage were "non-Aryan" according to the law.

With this, the National Socialists had introduced the first racist law of their reign. The "Aryan Paragraph" was quickly expanded to include more and more professional groups, and the regime soon pushed Jews out of the offices, schools, universities and other public offices with the help of the law.

For the Jews, the vast majority of whom saw themselves as Germans, the noose of persecution tightened more and more. Most "Aryan" Germans, however, behaved the same way they had reacted to the "Jewish boycott": indifferent.