Why is the Hubble Telescope in space

Hubble Space Telescope: Incredible images from the depths of space

The Hubble telescope has been providing spectacular images on a regular basis for 30 years. Some of the recordings are still puzzling science. 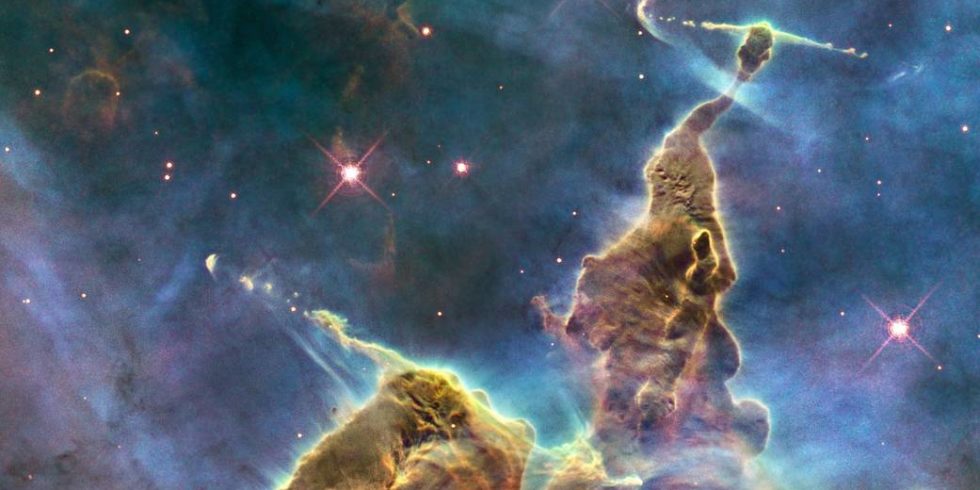 This fantastic picture was taken in 2010. The huge formation of gas and dust lies within the Carina Nebula (distance to Earth: 7500 light years) and measures around three light years.

The flying eye: the Hubble space telescope orbits the earth at a height of 569 kilometers and regularly provides images from the vastness of space.

In orbit there are no annoying rain clouds or terrestrial light pollution that could obstruct the view and affect the quality of Hubble's photos. The photos that the telescope takes are all the more spectacular: images of our solar system, but also of galaxies that are many billions of light years away.

Hubble telescope has been looking into space for 30 years

The Hubble telescope has an incredibly high resolution of 0.05 arc seconds. The unit indicates the distance between two points of light that can just be separated. In practical terms, with Hubble you would be able to clearly see a firefly at a distance of more than 10,000 kilometers.

The Hubble telescope started on April 24th - and has been looking into space for 30 years. We have compiled some of the most spectacular and beautiful images that the Hubble Space Telescope has captured in recent years:

The eye of the snake: The spiral arms of NGC 2835 create the illusion of an eye - very close to the head of the constellation Hydra, the water snake. 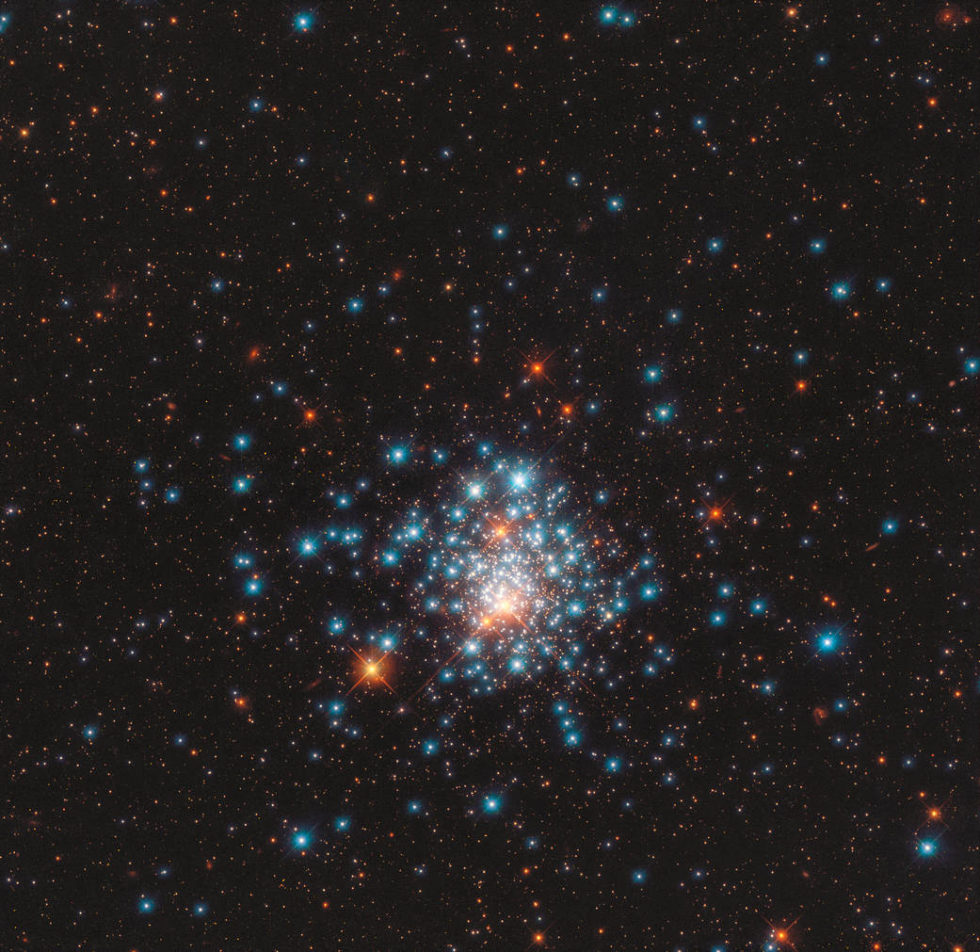 The globular cluster NGC 1805: Thousands of stars are packed close together. This grouping is located near the edge of the Large Magellanic Cloud. In the dense center of one of these clusters, the stars are 100 to 1000 times closer together than the stars that are closest to our sun. Scientists believe that planetary systems around such stars are unlikely. 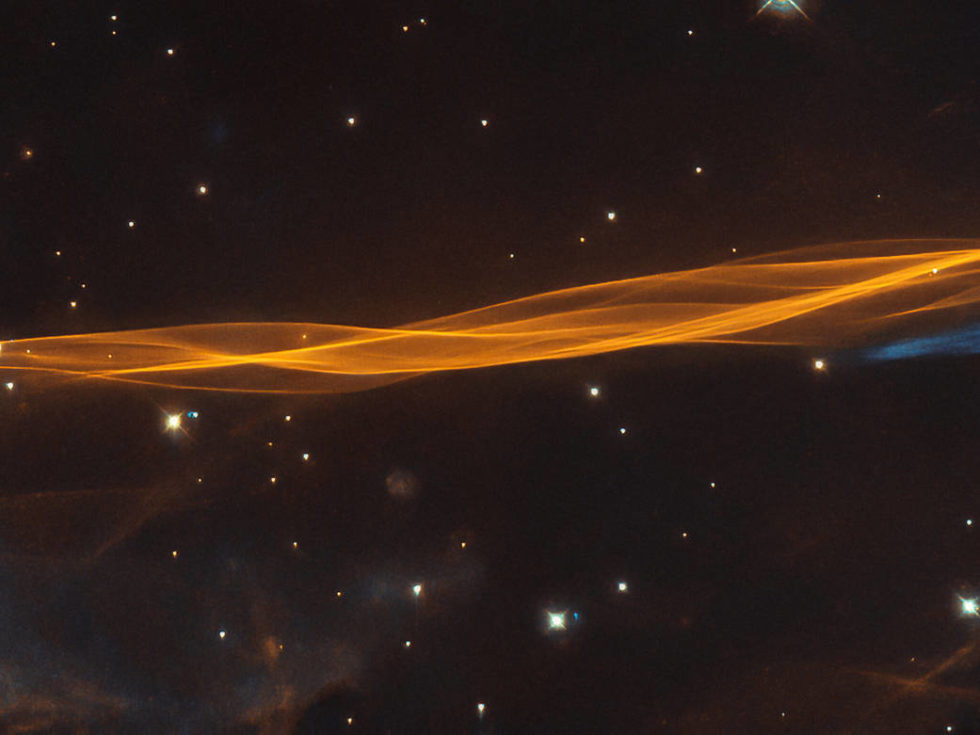 It's hard to believe: This image shows the outermost edge of a supernova pressure wave at a distance of about 2400 light years. The explosion that killed a star happened 10,000 to 20,000 years ago. 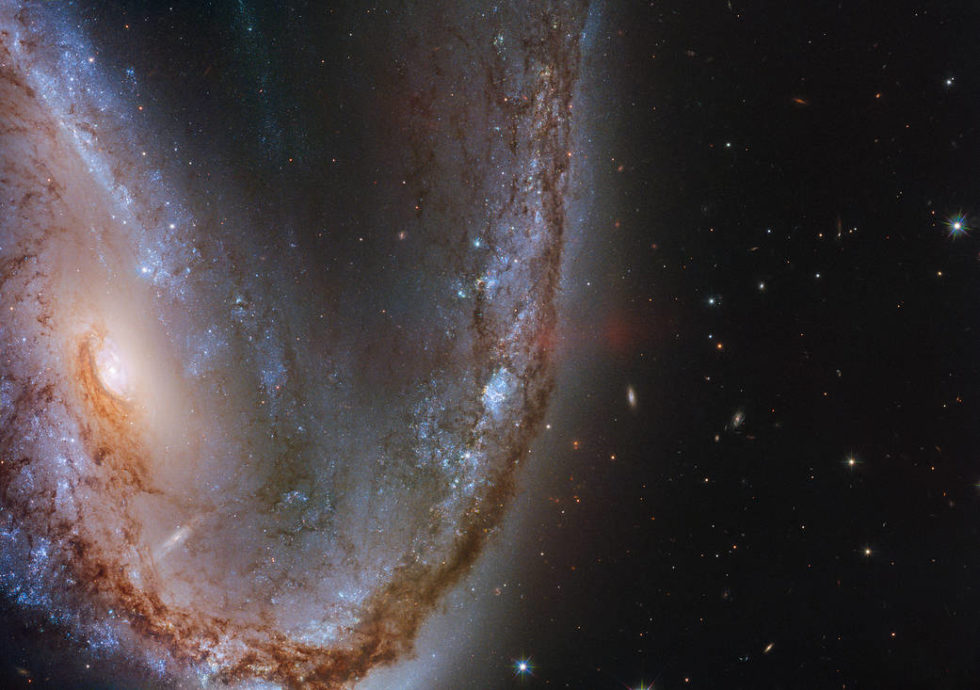 This galaxy is officially called NGC 2442. Because of its special shape, scientists like to call it the Meat Hook Galaxy. In March 2015, a supernova explosion was discovered that once happened in this galaxy. For months the explosion could even be seen from Earth with a telescope. 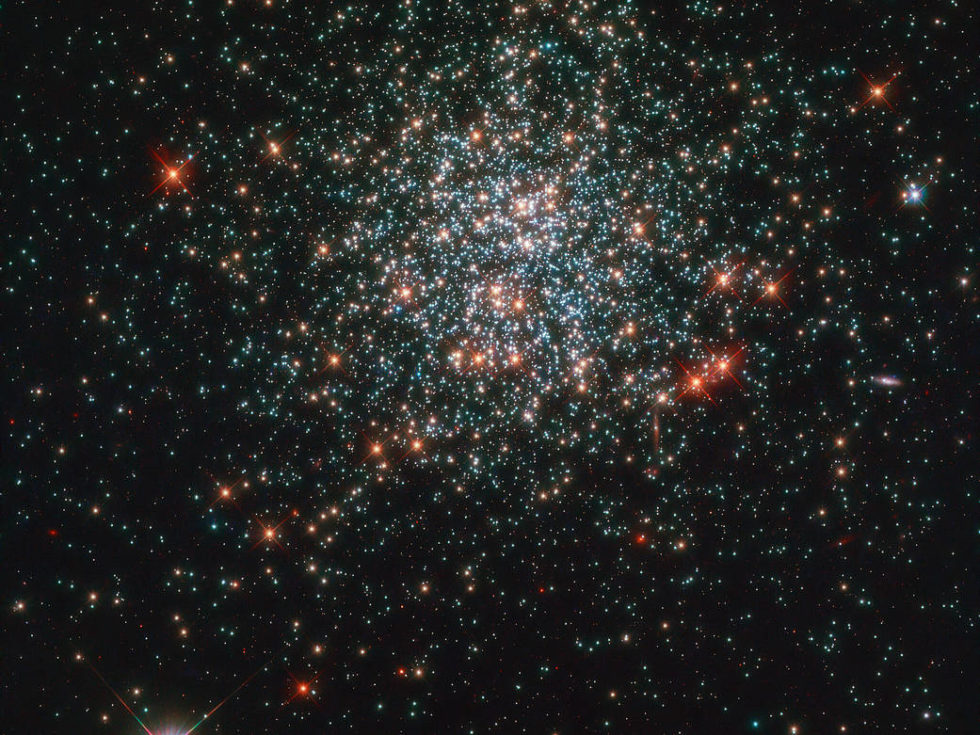 The star cluster NGC 2203. It was discovered by the astronomer John Herschel in 1836 and is part of the Large Magellanic Cloud, a satellite galaxy of the Milky Way. 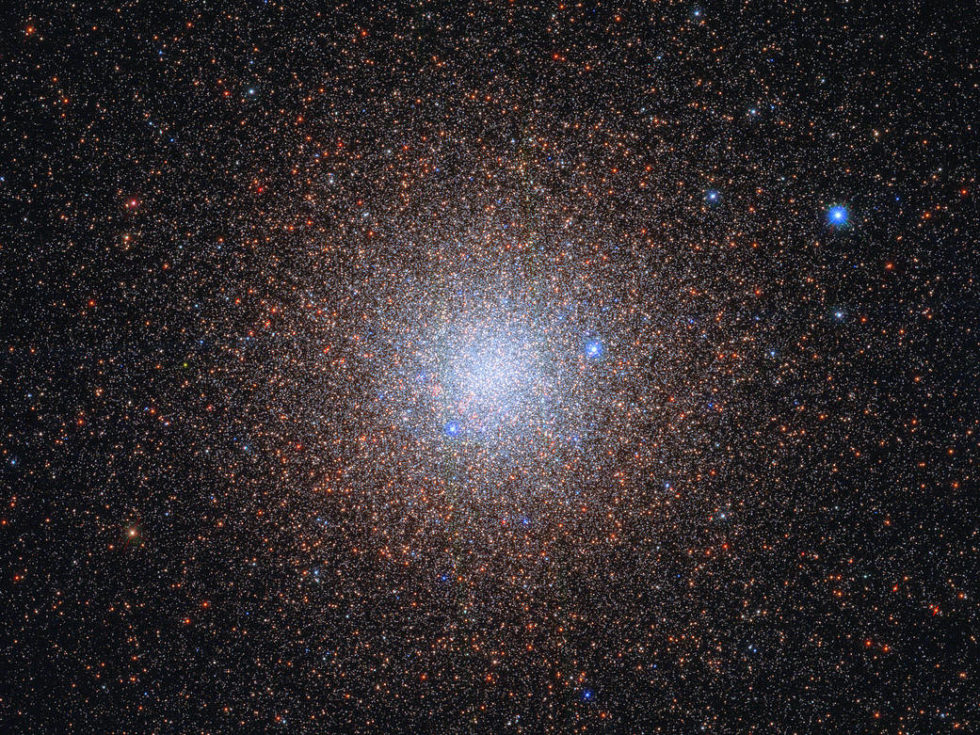 "Like snowflakes" - that's how NASA describes this Hubble image. It shows the globular cluster NGC 6441. How many stars belong to it can hardly be said. However, researchers estimate that they have a total mass of 1.6 million suns. 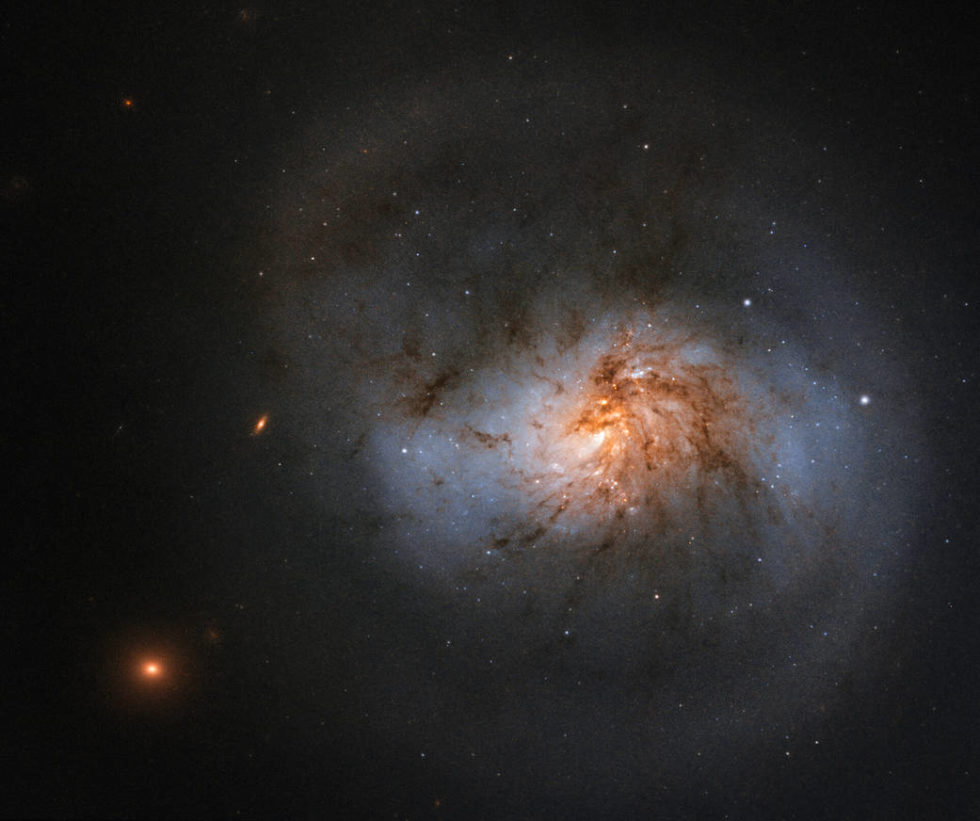 This fantastic picture was taken in 2010. The huge formation of gas and dust lies within the Carina Nebula (distance to Earth: 7500 light years) and measures around three light years. 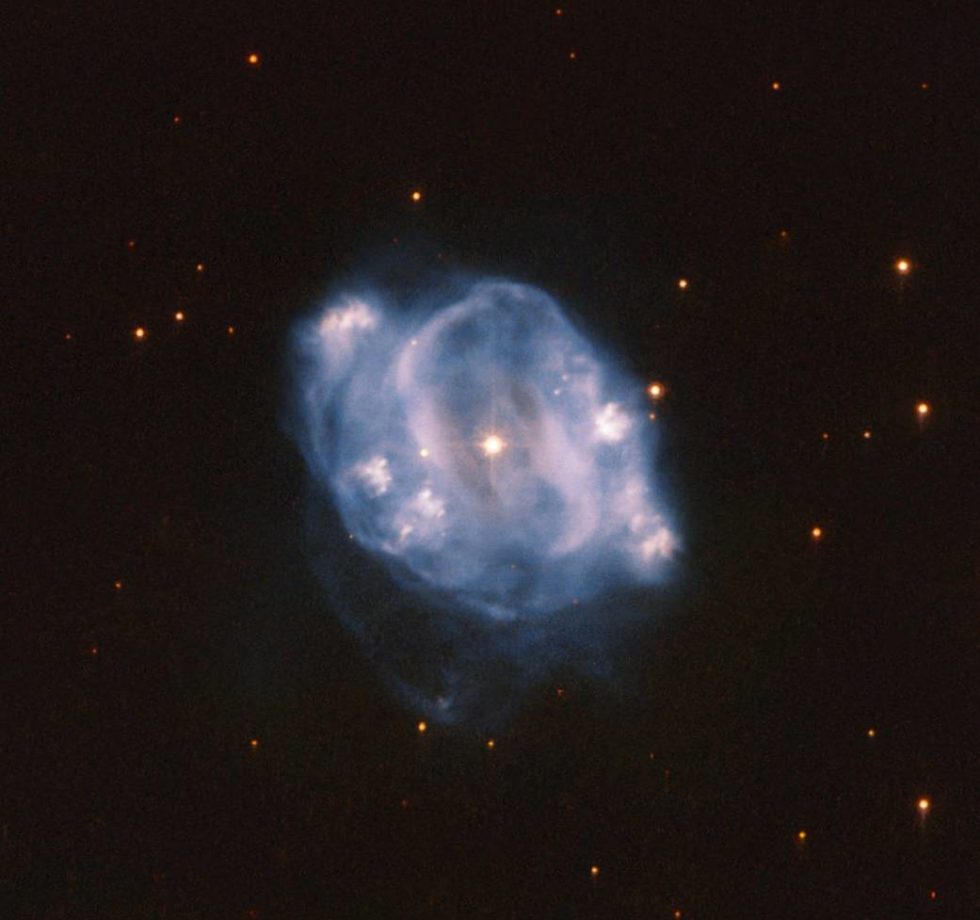 This picture is also full of poetry: it shows the end of everything. Yes, even stars are ephemeral. The image taken by the Hubble Space Telescope shows the addition of NGC 5307, which is around 10,000 light years from Earth. The sun in this system is about to collapse. 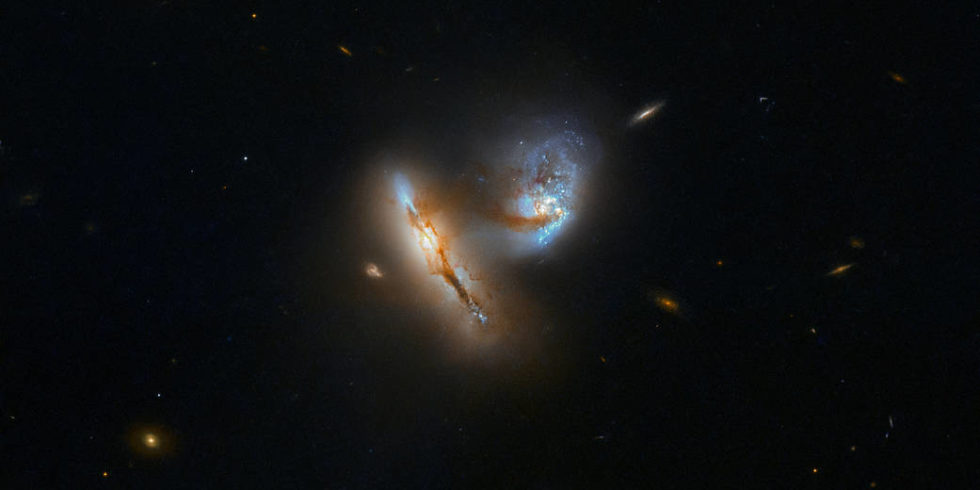 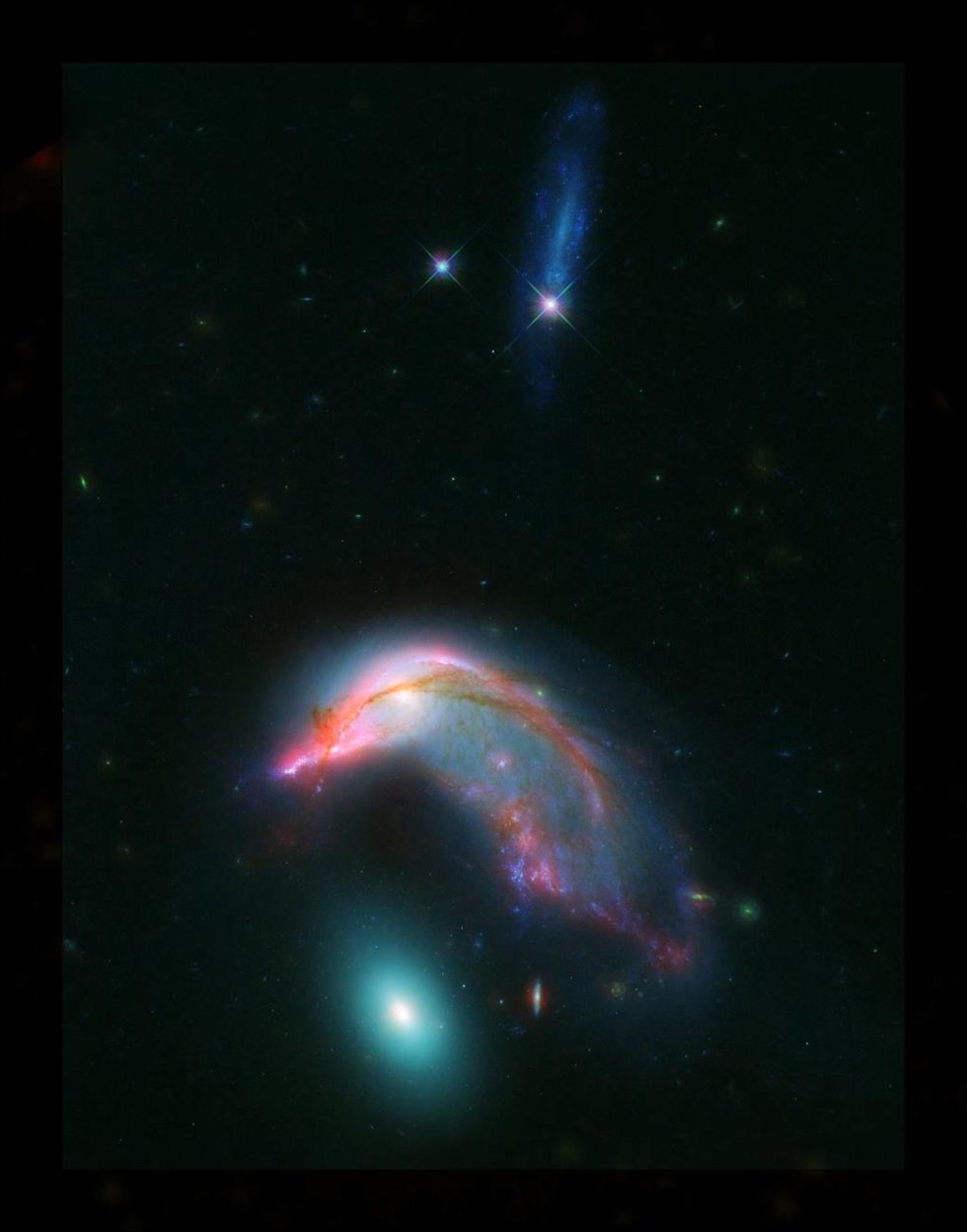 The penguin and the egg - that's what NASA named this spectacular image that the Hubble telescope provided in 2018. The picture of the two galaxies impressively shows how dramatically galaxies can differ in their nature. The "penguin" galaxy NGC 2936 was probably a "normal" spiral galaxy, but was distorted by the gravitational forces of the neighboring NGC 2937 (the "egg").

About the Hubble Space Telescope:

Hubble took his very first photo on May 20, 1990. The shock followed the first test image: The 2.40 meter main mirror of the space telescope was obviously faulty and the image quality was poor - hardly better than with telescopes that are on Earth.

When this was noticed, Hubble was already 569 kilometers above the earth's surface. The mirror could not be exchanged. But: Hubble can be repaired in space - a revolution in space history to date. In 1993 the telescope was upgraded with an optical system, and since then Hubble has been delivering incredibly sharp images.

More than 100 terabytes of data are stored in the archive of the more than 13-meter-long Hubble telescope. About ten terabytes are added every year. The space telescope has made over 1.2 million observations so far. A tremendous treasure trove for research: more than 13,000 scientific articles result from the telescope's observations. This makes Hubble the most productive scientific instrument ever built.

In the mid-1990s, Hubble turned his gaze to distant galaxies and made long exposures. The highlight: The picture "Hubble Extreme Deep Field (XDF)", which was published in 2012. It is the deepest picture of the universe that has ever been captured. The time it takes for light to travel to Earth is an unimaginable 13 billion years for some of the more than 5,000 galaxies that can be seen in the image. The picture thus allows a glimpse into the early days of the universe: The youngest galaxies shown in the picture are in a stage only a few hundred million years after the Big Bang.