How is Depression Defined? When does a depressed mood turn into illness? And which possibilities of classification besides the ICD 10 help the family doctor to correctly classify depressive symptoms or to track down the cause of depression in the case of physical complaints? In addition to these practical aspects, this article is intended to encourage reflection on the concept of "depression".

Guidelines and standardized recommendations should not be discussed in this article. While guidelines are essentially based on statistical statements about groups, which are based on the highest possible quality study results in the sense of evidence-based medicine, in this article we want to undertake an individualized consideration of patients with a depressive problem, as typically occurs in the general practitioner's practice [14, 30].

Depressive disorders are among the most common occasions for advice and illnesses in general medical care [4]. For most patients with depression, general practitioners are the first point of contact [18]. A didactic aid for the basic differential diagnostic classification of depressive states is the triad shown in Fig. 1, which has proven particularly useful in depressed patients with comorbid physical symptoms, as can often be found in general practice [3]. The following must be distinguished from depressive illnesses in the narrower sense:

Furthermore, there is also an overlap between grief reactions and depression (e.g. in the case of pathological grief in the sense of an adjustment disorder) or between physical illnesses and depression, e.g. For example, a cancer patient may have manifest depression in addition to fatigue [12].

In addition to this pragmatic differential diagnostic classification, what we currently understand by depression "in the narrower sense", depending on the zeitgeist, is of considerable relevance in general medical practice [7]. When are we ready to regard mental impairment as an illness? With regard to mental illnesses, three different basic conceptions can be named paradigmatically [36].

According to the current classification system (ICD-10), diseases become "disorders". A diagnosis is made here on the basis of descriptive psychopathological and progression criteria. The following criteria apply to depressive episodes F32 and F33 [13]:

Symptoms must have been present for at least 14 days to diagnose a depressive episode, unless they are unusually severe or rapid.

Objectivity and supra-individual validity are sought. The diagnosis is made in a context-free manner, i.e. not related to biography and life situation [13].

This can be contrasted with a real definition of illness, according to which a disease actually exists, as it were as an objective, scientific "thing". After this, the patient "has" a depression, just as he can, for example, have an objectively diagnosable gastric ulcer or a "runny nose".

The biographical-individual conception of illness:

In the biographical-individual recording of mental illnesses, mental disorders are primarily an expression of an individually understandable biographical undesirable development. The subjectively individual has priority over general concepts.

Although the nominal definition is the "objectively valid" one and all therapeutic studies and epidemiological information on depression are essentially based on it, it is of little help in the doctor's office to refer exclusively to this. Ultimately, the three basic views mentioned above overlap both with the doctor and with the patient and his relatives, without this always being reflected on. However, it is precisely this reflection that seems necessary to us in order to be able to offer the patient an appropriate treatment. In the following, we want to illustrate this using practical examples.

To this end, we first divide the different constellations of depression perception on the part of patients and doctors into three groups.

Group 1: Patients who consider themselves depressed.

The 46-year-old Ms. S. is referred to a psychiatric specialist by the family doctor because of the significant tendency towards chronicity of a first-time depressive episode. She reports pronounced anger and sadness, joylessness, insomnia and lack of drive as well as thoughts of being tired of life, but is clearly distanced from suicidality. After evaluating the self-reported PHQ-D ("Patient Health Questionnaire", German version: Löwe et al. [32]) and a health questionnaire, the patient met the criteria for a moderate depressive episode. In psychiatric exploration, on the other hand, the well-groomed and eloquently reporting patient appears primarily angry and emotionally unstable. The symptoms have existed for about four years and since the separation from the severely disabled husband, with whom she only disputes in court through lawyers, whereby it is about maintenance payments and the care of their children. She has not been working for almost a year and an attempt to return to work based on the Hamburg model has already failed. She broke off behavior therapy because she did not get along with the therapist, and the antidepressant medication she was taking (already the second preparation) did not help her. She would now like to go to a day clinic and that we should support her with an application for a severe disability, which she also submitted because she had been advised to "beat her husband with his own weapons".

With this patient, the impression soon arises that the diagnosis "depression" also has an important function for the patient quite independently of its objective justification (nominal definition). As early as the first consultation, the patient presented the symptoms of depression according to ICD 10. It is clear that she is not doing well and that she suffers from complaints such as brooding, joylessness, inner restlessness and insomnia. However, a considerable secondary gain in disease can also be assumed. Ms. S. herself mentions several times that she wants to "upgrade" against her ex-husband. To do this, she herself uses the diagnosis according to a real definition, as if she had an objective disease. With this she wants to achieve a severe disability and thus compete with her ex-husband.

Here, in addition to its nominal definition, depression is also understood according to a real definition, as a context-independent, objective, scientific disease. But depression is also wanted and needed by the patient as an illness in a socio-political protective function, such as justification of inability to work, receipt of sick pay, possibly EU pension and even severe disability. The current form of reporting suits this patient: "More and more people are suffering from depression" or "One in five people will develop depression in the course of their life" [33]. In this context, it is interesting to see the development of pensions due to reduced earning capacity over the past decade. In the diagnoses leading to retirement, the increase in mental disorders - with depression being the most common - almost completely corresponds to the decrease in diseases of the musculoskeletal system [1].

Group 2: Patients who do not consider themselves depressed.

The 54-year-old Ms. H. was first referred to a neurologist by her family doctor because she had been suffering from migraine attacks for three to four years. She reports that she can no longer calm down, often brooding, experiencing herself as fundamentally inadequate, suffering from fear of the future, no longer relaxing and unable to enjoy anything, and sleeping very poorly. The patient looks worn out, the affect is markedly changed; it seems downgraded, agitated, but there is no suicidality: "You shouldn't do that to your parents and children." The patient is strongly performance-oriented, she has not yet been absent from work and in recent years has taken care of her seriously ill son, who is now no longer vitally endangered, at home. Although she has agreed to be referred for specialist psychiatric treatment, she initially rejects the idea of ​​suffering from depression.

An antidepressant treatment attempt approved by her after several months failed after just taking one tablet. The patient attributed an extremely agonizing inner restlessness and physical discomfort to the tablet. Only after a kind of cathartic discussion with colleagues and superiors on the job, who conveyed to her that she was depressed and therefore less efficient, and encouraged her to seek treatment and to support her, did Ms. H. speak of her depressed state . Until then, she had firmly believed that she was rejected at work and wanted to get rid of her as quickly as possible because of her reduced performance.

Despite a partially successful destigmatization of mental illnesses, there are not a few patients who see their suffering in their very personal biographical and lifeworld context and who cannot reconcile it with their self-concept to objectify this in a psychiatric diagnosis [14]: These patients let themselves treatment is also not possible or only with great difficulty [21]. Here, the criteria for a depressive episode are met according to the nominal definition; if context factors are of subordinate importance with regard to the extent of the disorder, one could perhaps even speak of the presence of an endogenous-looking depression (real definition). However, the patient herself persists in a biographical, individual view of the disease and runs the risk of not receiving an efficient antidepressant treatment from this perspective.

Group 3: Patients in whom neither the doctor nor the patient (initially) considers the possibility of depression.

Depression can be masked by physical complaints or not be considered because of a predominant somatic disease that requires treatment. The rate of depression doubles in diabetes mellitus, high blood pressure, CHD and myocardial infarction and triples in terminal kidney failure, COPD and cerebrovascular diseases [15]. It is currently assumed that depression is not only to be understood as a consequence of the severe physical illness, but that there is a complex, interacting set of conditions that lead to somatic illness and depressive disorder. In addition, epidemiological studies show that depressed patients have an increased risk of somatic diseases [6, 20, 42] and that untreated depression worsens the course of the somatic disease 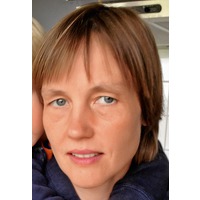 Conflicts of Interest: The authors have not declared any.